Rope Swing Reads book club participants have voted on their all-time favorites!
Many times there are several covers, some newer—some older, to the books on the lists we publish, however, we usually pick our favorite. Also, some of the books are a part of a series and may be out of order, but can be read as a stand-alone with little to no trouble. Enjoy!

1. cLAIMED BY THE hIGHLANDER - JULIANNE MACLEAN 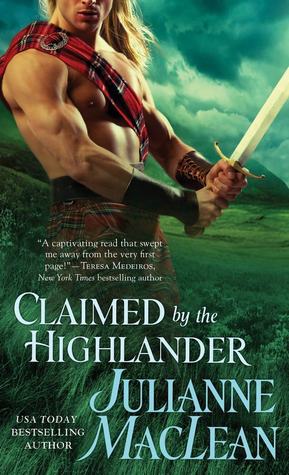 With his tawny mane, battle-hewn brawn, and ferocious roar, Angus "The Lion" MacDonald is the most fearsome warrior Lady Gwendolen has ever seen—and she is his most glorious conquest. Captured in a surprise attack on her father's castle, Gwendolen is now forced to share her bed with the man who defeated her clan. But, in spite of Angus's overpowering charms, she refuses to surrender her innocence without a fight.

With her stunning beauty, bold defiance, and brazen smile, Gwendolen is the most infuriating woman Angus has ever known—and the most intoxicating. Forcing her to become his bride will unite their two clans. But conquering Gwendolen's heart will take all his skills as a lover. Night after night, his touch sets her on fire. Kiss after kiss, his hunger fuels her passion. But, as Gwendolen's body betrays her growing love for Angus, a secret enemy plots to betray them both.
BUY HERE 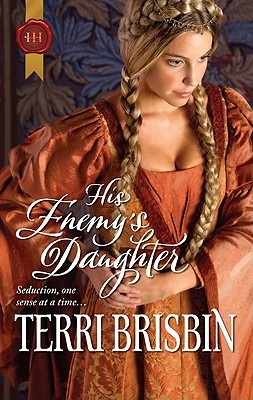 ​Once overwhelmingly irresistible to women, Soren Fitzrobert's life was changed forever by a brutal wound. Now Soren has come to wreak revenge by claiming his enemy's daughter.

​Left temporarily blind by his invasion, innocent Sybilla trembles before the scarred barbarian. But it's not entirely out of fear…Forced into marriage, Sybilla must surrender to Soren's seduction, one sense at a time. And Soren is drawn evermore to the woman he intended only to use….
BUY HERE 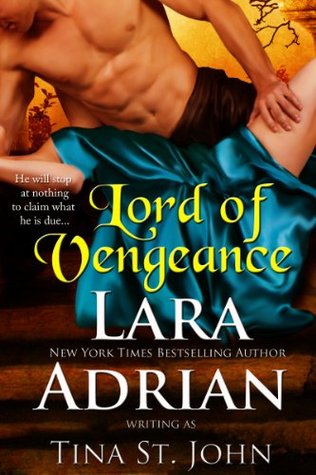 ​Taken captive by Gunnar Rutledge, a dark knight sworn to destroy her father, Raina d’Bussy must teach forgiveness to a man who knows no mercy and lives only to exact revenge on his enemy. But time in Gunnar’s keep stirs an unwanted passion in Raina, and something far more perilous, when she finds herself falling in love with the one man she should never desire.

For Gunnar, vengeance is all that matters. He seeks the ultimate price from his enemy’s beautiful young daughter, claiming Raina as his hostage. But the proud beauty defies him at every turn, tempting him like no other. Setting out to break Raina’s glorious spirit, Gunnar instead finds himself bewitched by her goodness, her strength. Can he seize the justice he is due without losing Raina forever?
BUY HERE 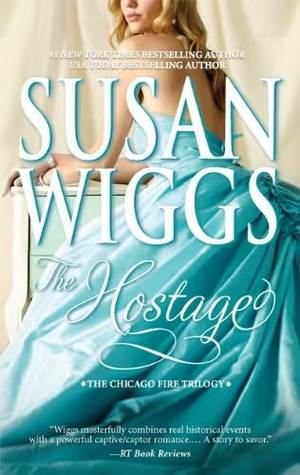 ​A sweeping tale of love born from the ashes of revenge. . .

October 8, 1871 -- One small spark ignites the entire city of Chicago, sending its residents into panic. But amid the chaos, a chance encounter leads to an unexpected new love.

Unaware of the fire sweeping toward them, Deborah Sinclair confronts her wealthy, powerful father, determined to refuse the society marriage he has arranged for her. Suddenly, out of the smoke and flames, a stranger appears -- gun in hand, intent on avenging an unforgivable crime. As fire consumes the elegant mansion, the ruthless man takes the fragile, sheltered heiress hostage.

Swept off to mist-shrouded Isle Royale, Deborah finds herself the pawn in Tom Silver's dangerous game of revenge. Despite her horror at being kidnapped, she finds herself drawn to the people of the close-knit community and to the startling beauty of the island. As she engages in a battle of wits with her brooding captor, she begins to understand the injustice that fuels his anger, an injustice wrought by her own family. And as winter imprisons the isolated land, she realizes she's a hostage of her own heart. . .
BUY HERE 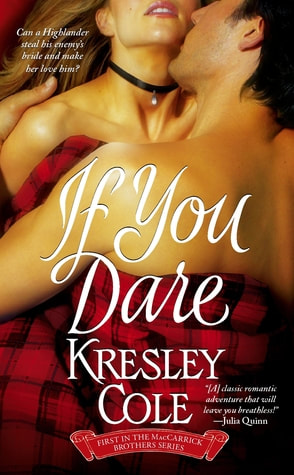 Can he exact revenge?

High in the Pyrenees, a band of mercenaries led by Courtland MacCarrick wages war for General Reynaldo Pascal. When Court turns on the evil general, Pascal orders him killed, but Court narrowly escapes and exacts revenge by kidnapping Pascal's exquisite Castilian fiancée.

Can she deny her passions?

Lady Annalía Tristán Llorente despises her towering, barbaric captor almost as much as she does Pascal. Her inexplicable attraction to the Highlander only fuels her fury. But nothing will stop her from returning to Pascal—for if she doesn't wed him, she signs her brother's death warrant, as well as her own.

Can there be love between them?

From the moment Court discovers that Anna's prim façade masks a fiery, brave lass, his heart's ensnared, and he dares to defy the curse that has shadowed his life--to walk with death or walk alone. But Pascal vows that he'll hunt the two, never stopping until he's destroyed them both.
BUY HERE

6. CAPTURED BY THE HIGHLANDER - JULIANNE MACLEAN 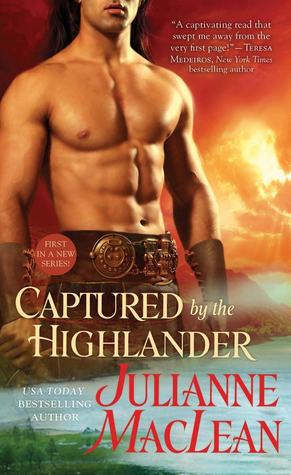 The Enemy in Her Bed

Lady Amelia Sutherland would rather die than surrender to a man like Duncan MacLean. He is the fiercest warrior of his clan—her people's sworn enemy—and tonight he is standing over her bed. Eyes blazing, muscles taut, and battle axe gleaming, MacLean has come to kill Amelia's fiancé. But once he sees the lovely, innocent Amelia, he decides to take her instead.

The Lover in His Arms

Stealing the young bride-to-be is the perfect revenge against the man who murdered Duncan's one true love. But Lady Amelia turns out to be more than a pawn of vengeance and war. This brave, beautiful woman touches something deep in Duncan's soul that is even more powerful than a warrior's fury. But when Amelia begins to fall in love with her captor—and surrenders in his arms—the real battle begins.
BUY HERE

7. THE WOLf AND THE DOVE - KATHLEEN E. WOODIWISS 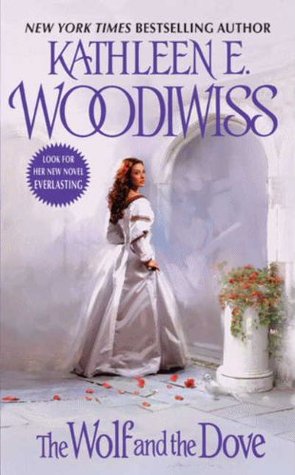 ​The Wolf
Noble Aislinn grieves as the Iron Wolf and his minions storm through her beloved Darkenwald. And she burns with malice for the handsome Norman savage who would enslave her. . .even as she aches to know the rapture of the conqueror's kiss.

The Dove
For the first time ever, mighty Wulfgar has been vanquished — and by a bold and beautiful princess of Saxon blood. He must have the chaste, sensuous enchantress who is sworn to his destruction. And he will risk life itself to nurture with tender passion a glorious union born in the blistering heat of hatred and war.
BUY HERE 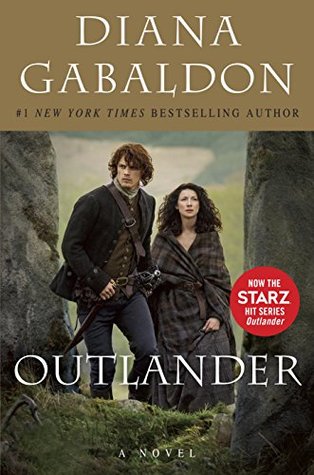 ​The year is 1945. Claire Randall, a former combat nurse, is just back from the war and reunited with her husband on a second honeymoon when she walks through a standing stone in one of the ancient circles that dot the British Isles. Suddenly she is a Sassenach—an “outlander”—in a Scotland torn by war and raiding border clans in the year of Our Lord...1743.

Hurled back in time by forces she cannot understand, Claire is catapulted into the intrigues of lairds and spies that may threaten her life, and shatter her heart. For here James Fraser, a gallant young Scots warrior, shows her a love so absolute that Claire becomes a woman torn between fidelity and desire—and between two vastly different men in two irreconcilable lives.
BUY HERE

9. THE MAID OF LORNE - TERRI BRISBIN 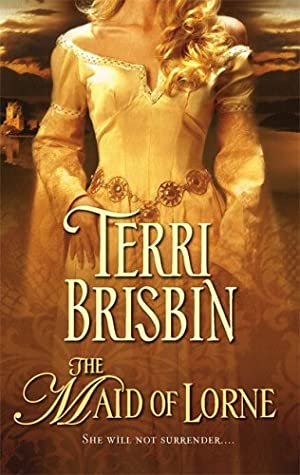 As heiress to the MacDougall clan, Lara, Maid of Lorne, knows that when she marries it will not be for love—but never dreams it will be used as punishment. When Robert the Bruce takes control of her castle home, Lara is forced to wed the Bruce's man, Sebastien of Cleish.

Loyal to her clan, she vows she will not surrender to this bold warrior. But beneath his chain mail and armor lies the heart of a chivalrous, brave knight willing to entice, to woo, to make Lara his true wife—in every way. Could the man who stole her virtue, her home and her family give her a future in his arms?
BUY HERE 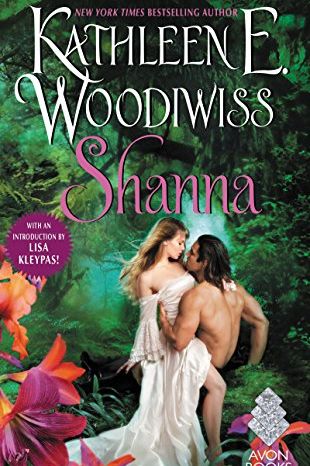 Behind the foreboding walls of Newgate Prison, a pact is sealed in secret -- as a dashing and doomed criminal consents to wed a beautiful heiress . . . in return for one night of unparalleled pleasure.
​
In the fading echoes of hollow wedding vows, a promise is broken -- as a sensuous free-spirit flees to a lush Caribbean paradise, abandoning the handsome stranger she married to the gallows. But Ruark Beauchamp's destiny is now eternally intertwined with his exquisite, tempestuous Shanna's. And no iron ever forged can imprison his magnificent passion . . . and no hangman's noose will deny him the ecstasy that is rightfully his.
BUY HERE 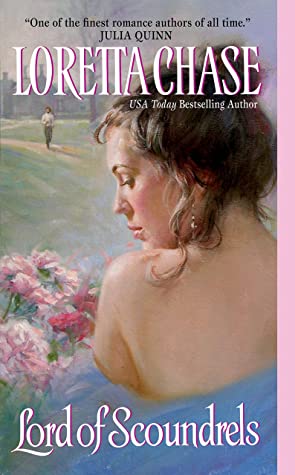 ​Tough minded Jessica Trent's sole intention is to free her nitwit brother from the destructive influence of Sebastian Ballister, the notorious Marquess of Dain. She never expects to desire the arrogant, amoral cad. And When Dain's reciprocal passion places them in a scandalously compromising, and public, position, Jessica is left with no choice but to seek satisfaction...

Damn the minx for tempting him, kissing him...and then for forcing him to salvage her reputation! Lord Dain can't wait to put the infuriating bluestocking in her place -- and in some amorous position. And if this means marriage, so be it -- though Sebastian is less than certain he can continue to remain aloof...and steel his heart to the sensuous, head strong lady's considerable charms.
BUY HERE
© COPYRIGHT ROPE SWING READS 2016-2020 ALL RIGHTS RESERVED