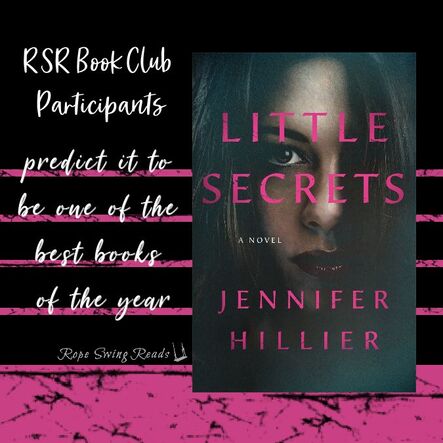 buy book here
Marin had the perfect life. Married to her college sweetheart, she owns a chain of upscale hair salons, and Derek runs his own company. They're admired in their community and are a loving family. Up until the day Sebastian is taken.

A year later, Marin is a shadow of herself. The FBI search has gone cold. The publicity has faded. She and her husband rarely speak. The only thing keeping her going is the unlikely chance that one day Sebastian reappears. She hires a P.I. to pick up where the police left off, but instead of finding him, she discovers that Derek is having an affair with a younger woman.

Kenzie Li is an artist and grad student—Instagram famous—and up to her eyeballs in debt. She knows Derek is married. She also knows he's rich, and dating him comes with perks: help with bills, trips away, expensive gifts. He isn't her first rich boyfriend, but she finds herself hoping he'll be the last. She's falling for him—and that was never part of the plan.

Discovery of the affair sparks Marin back to life. She's lost her son; she's not about to lose her husband, too. Kenzie is an enemy with a face, which means this is a problem Marin can fix. But as she sets a plan in motion, another revelation surfaces. Derek's lover might know what happened to their son. And so might Derek.

From the author of Jar of Hearts, a mother driven to the edge by the disappearance of her son learns her husband is having an affair with the woman who might have kidnapped him.

Little Secrets has already been voted: Expected to be One of the Top Books of 2020 by book club submissions!

When I read this I was engrossed. Loved Marin. Hated Derek. I try not to give away spoilers, but when you first meet the husband you realize their marriage was just torn apart by the abduction of their son and the fact that he blames his Marin.

Then the story starts to move forward and you realize he is simply a selfish man, currently cheating while his wife falls deeper into a depression over her guilt of losing their son ONLY A YEAR BEFORE.

I mean how much of a pig do you have to be to cheat on your wife ONLY AFTER A YEAR?
How about… don’t cheat at all!

So, naturally I disliked (probably not a strong enough word) Derek from pretty close to the front of the novel.

Love Marin though; related to her on a mom level, as well as a wife and friend level. I truly wanted to jump into the novel and give her a big friend hug!

Speaking of friend, thank goodness Marin has the support of her longtime friend (since college) which (I hate admitting this) I found myself wishing more than a time or two that she would just go be with him. He loves her deeply and it’s obvious.

​Don't judge.
​
ENTER MYSTERY of the book… the husband’s young, thin, beautiful lover, Kenzie.
​
Yeah, this one had me crying. Had me yelling. Had me thinking I won’t enjoy another book for at least a month. Maybe I’ll re-read it again for good measure! ;)