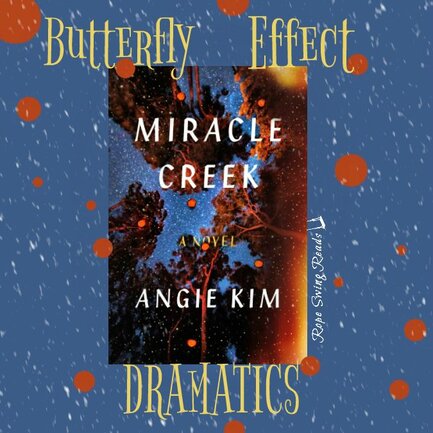 buy book here
How far will you go to protect your family? Will you keep their secrets? Ignore their lies?

In a small town in Virginia, a group of people know each other because they’re part of a special treatment center, a hyperbaric chamber that may cure a range of conditions from infertility to autism. But then the chamber explodes, two people die, and it’s clear the explosion wasn’t an accident.

A powerful showdown unfolds as the story moves across characters who are all maybe keeping secrets, hiding betrayals. Chapter by chapter, we shift alliances and gather evidence: Was it the careless mother of a patient? Was it the owners, hoping to cash in on a big insurance payment and send their daughter to college? Could it have been a protester, trying to prove the treatment isn’t safe?

I have several friends with autistic children and this book hit some of the emotions spot on… but missed some of them dead center. It is a dark, emotionally sapping story with a lot of moving parts and people. I don’t think I fully understood, still to this day, the overall take away but I know that I was interested in it enough to want to read it as it unfolded.

Many of the book club reviews submitted loved it and felt it really opened their eyes to struggles that parent of handicap children face. I personally felt some of those “struggles” with thoughts/actions represent a small minority of handicap parents’ feelings, so it fell a bit on that scale for me.