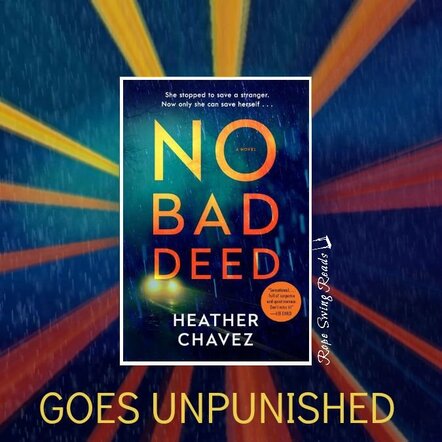 buy book here
Driving home one rainy night, Cassie Larkin sees a man and woman fighting on the side of the road. After calling 911, the veterinarian makes a split-second decision that will throw her sedate suburban life into chaos. Against all reason and advice, she gets out of her minivan and chases after the violent man, trying to help his victim. When Cassie physically tries to stop him, he suddenly turns on her and spits out an ominous threat: “Let her die, and I’ll let you live.”

A veterinarian trained to heal, Cassie can’t let the woman die. But while she’s examining the unconscious victim, the attacker steals her car. Now he has her name. Her address. And he knows about her children. Though they warn her to be careful, the police assure her that the perpetrator—a criminal named Carver Sweet—won’t get near her. Cassie isn’t so sure.

The next day—Halloween—her husband disappears while trick-or-treating with their six-year-old daughter. Are these disturbing events a coincidence or the beginning of a horrifying nightmare? Her husband has been growing distant—is it possible he’s become involved with another woman? Is Cassie’s confrontation with the road-side attacker connected to her husband’s disappearance? With all these questions swirling in her mind Cassie can trust no one, maybe not even herself. The only thing she knows for sure is that she can’t sit back while the people she loves are in danger.

As she desperately searches for answers, Cassie discovers that nothing is as random as it seems, and that she is more than willing to fight—to go the most terrifying extremes—to save her family and her marriage.​

Cassie Larkin stops along the side of the road after witnessing a man and woman fighting. After calling 911 she gets out of her car in hopes of helping the woman only to have the man tell threaten her and escape in her car with her purse. The following night Cassie’s husband, while trick or treating with their daughter, disappears.

That is the start of a crazy ride filled with ups and downs, suspects and victims, secrets and truths. this one day read is action-packed with a few twists along the way.

I must add I was saddened at some of the story that unfolded at the end, but I guess that is simply how real life plays out sometimes. Also pay close attention to the characters or you may end up confused.

We recommend this book if you want a thriller with enough twists to keep you engaged while you try to figure out the “whys.”

Thanks to William Morrow and NetGalley for the ARC in exchange for this honest review.