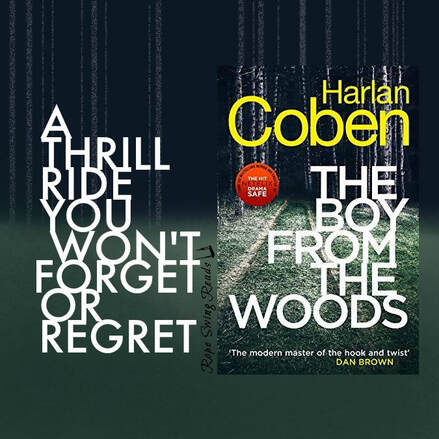 buy book here
The man known as Wilde is a mystery to everyone, including himself. Decades ago, he was found as a boy living feral in the woods, with no memory of his past. After the police concluded an exhaustive hunt for the child's family, which was never found, he was turned over to the foster system.

Now, thirty years later, Wilde still doesn't know where he comes from, and he's back living in the woods on the outskirts of town, content to be an outcast, comfortable only outdoors, preferably alone, and with few deep connections to other people.

When a local girl goes missing, famous TV lawyer Hester Crimstein--with whom Wilde shares a tragic connection--asks him to use his unique skills to help find her. Meanwhile, a group of ex-military security experts arrive in town, and when another teen disappears, the case's impact expands far beyond the borders of the peaceful suburb. Wilde must return to the community where he has never fit in, and where the powerful are protected even when they harbor secrets that could destroy the lives of millions . . . secrets that Wilde must uncover before it's too late.

Harlan Coben always seems to hit the spot and The Boy From the Woods is no exception! It intrigues from the start and the story, as it unfolds, keeps you riveted.

​There is much more going on than simply the mystery behind the boy in the woods, however he does intertwine throughout. It isn't often that we all get emotionally connected with characters from the same book, but that absolutely happened with this one.

The Boy From the Woods was an absolute distraction from the world and we were all engrossed. A thrill ride you won't soon forget or regret.