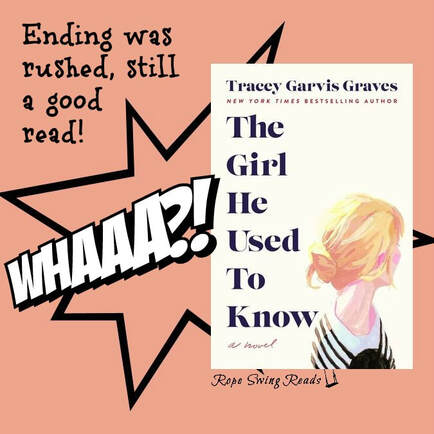 buy book here
​What if you had a second chance at first love?

She feels lost in social situations, saying the wrong thing or acting the wrong way. She just can't read people. She prefers the quiet solitude of books or playing chess to being around others. Apart from Jonathan. She liked being around him, but she hasn't seen him for ten years. Until now that is. And she's not sure he'll want to see her again after what happened all those years ago.

Annika Rose likes being alone.
​
Except that, actually, she doesn't like being alone at all.

It’s 1991 when Annika and Jonathan meet, then separate and don’t see each other again until early 2000’s. When they do, they feel the same connection they had before and start anew.

The Girl He Used to Know is a delightful, unique love story and touched me with Annika’s honest heart and I enjoyed her POV.  For me, I wish it would’ve been only hers and not Jonathan’s. I think his POV added less honesty to the story, but either way I enjoyed it.

The ending was super rushed for me, but not any other book club submissions felt the same way, so… probably just me.
© COPYRIGHT ROPE SWING READS 2016-2020 ALL RIGHTS RESERVED