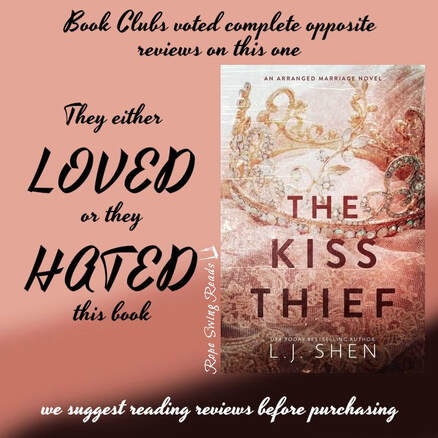 buy book here
by L.J. Shen
​​They say your first kiss should be earned.

Mine was stolen by a devil in a masquerade mask under the black Chicago sky.

They say the vows you take on your wedding day are sacred.

Mine were broken before we left church.

They say your heart only beats for one man.

Mine split and bled for two rivals who fought for it until the bitter end.

I was promised to Angelo Bandini, the heir to one of the most powerful families in the Chicago Outfit.

Then taken by Senator Wolfe Keaton, who held my father’s sins over his head to force me into marriage.

They say that all great love stories have a happy ending.

I, Francesca Rossi, found myself erasing and rewriting mine until the very last chapter.

And somewhere between these two men, I had to find my forever.

Voted one of only two Book Boyfriends of 2019! (Beast from Brazen and the Beast making #1)

Can anyone say ENEMY’S DAUGHTER?

Oh yes, this is a retribution enemy-to-lovers with a few twists.

And the book clubs either LOVED or HATED it! It made it onto our LOVE or HATED it LIST of 2019 with a balance split right down the middle!

ME? I loved the story line (enemy to lovers is always a fav,) but it would've been such a better story without the "crass" and explicit/lewd sexual language. I think this was a stopper for me several times. And I join nearly half of the submissions in thinking that way, so if you are going to read, I suggest leading into it prepared.
© COPYRIGHT ROPE SWING READS 2016-2020 ALL RIGHTS RESERVED