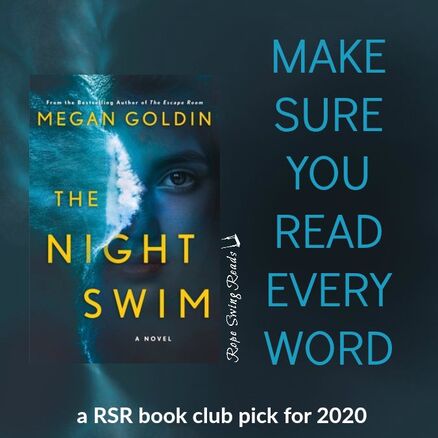 buy book here
In this new thriller from the author of The Escape Room, a podcast host covering a controversial trial in a small town becomes obsessed with a brutal crime that took place there years before.

After the first season of her true crime podcast became an overnight sensation and set an innocent man free, Rachel Krall is now a household name―and the last hope for thousands of people seeking justice. But she’s used to being recognized for her voice, not her face. Which makes it all the more unsettling when she finds a note on her car windshield, addressed to her, begging for help.

The small town of Neapolis is being torn apart by a devastating rape trial. The town’s golden boy, a swimmer destined for Olympic greatness, has been accused of raping a high school student, the beloved granddaughter of the police chief. Under pressure to make Season Three a success, Rachel throws herself into interviewing and investigating―but the mysterious letters keep showing up in unexpected places. Someone is following her, and she won’t stop until Rachel finds out what happened to her sister twenty-five years ago. Officially, Jenny Stills tragically drowned, but the letters insists she was murdered―and when Rachel starts asking questions, nobody seems to want to answer. The past and present start to collide as Rachel uncovers startling connections between the two cases that will change the course of the trial and the lives of everyone involved.

OUT OF THE 29 BOOK CLUB participants who read the ARC, we all agree it is a MUST read for their book clubs this year! Not just on the list… but at the top of the list for the AUGUST READ!!

This book has it: a victim advocate with a voice, a victim with no voice, and a bunch of small town politics (THAT WE SEE EVEN IN BIG CITIES,) cover-ups of not just one crime, but two.

Rachel Krall hosts a crime podcast that looks into cases where justice wasn’t served, or highlights cases where justice is slipping away. While in the town of Neapolis to cover a trial against a sports star (in the small town) who being accused of rape, Rachel starts receiving letters from someone claiming to need her help in solving her sisters’ murder years before.

This HAIR-RAISING, SPINE-TINGLING, ANGER-FEST made me want to run out and start a vigilante-crime-fighting-underground-for-women-who-never-received-their-justice-organization! I won’t do it, of course, but it really raises the question of how often victims in the day of #METOO still don’t get their justice. Because let’s face it the truth is that this type of small town story plays out across the country in our headlines STILL nearly every day!

I also want to add, the podcast angle was genius!
​
Thanks St. Martin’s Press and NetGalley for this ARC in exchange for my honest review.